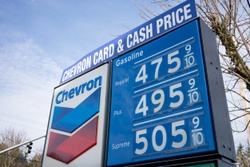 In the 23 years I’ve been an advisor, I don’t think I’ve ever seen a time when the direction of the economy and the markets were so clear, and at the same time, so opaque.

It’s clear “the market” thinks we’re going into a recession, and we’ve witnessed the painful adjusting of corporate profit expectations.  And there are several clear reasons why.

There are several things that are opaque at this time and will have an impact on future earnings, the markets, inflation etc.

Lastly, remember the Federal Reserve has a dual mandate – full employment AND inflation below 2%.  I believe the longer it takes for the transitory part of inflation to abate, the higher the chances of a recession.  They have indicated they plan to raise rates by .5% in both June and July.  If they feel there is reason to pause in August because prices have indeed peaked, you may see a softer economy and slightly higher unemployment, but the chance of a recession will be lower.

One last thing is clear - it’s going to be a heck of a balancing act on the part of Jerome Powell and the rest of the Fed can pull this off.  History is clear – they probably won't.

The opinions voiced in this material are for general information and are not intended to provide specific advisor or recommendations for any individual. All performance referenced is historical and is no guarantee of future results. All investing involves risk including loss of principal. No strategy assures success or protects against loss.