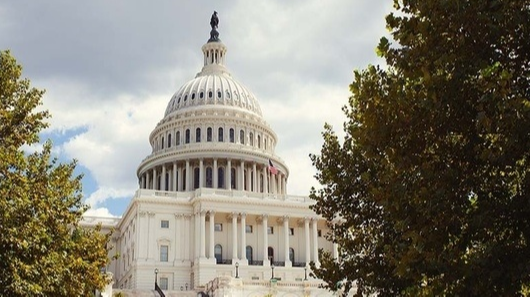 The Fed and Inflation

If you weren’t paying close attention, you might have missed it. Federal Reserve Chair Jerome Powell dropped the word “transitory” when describing inflation during his recent testimony to Congress.

Powell had told the story of transitory inflation for the past several months while the Consumer Price Index showed eye-popping, year-over-year gains of 5% to 6%. But now it appears that the Fed Chair has changed his tune.

Is the Fed Behind the Curve?

The Federal Reserve has a dual mandate of low inflation and full employment and but with a history of being overly cautious and late to the game.

The Fed now needs to determine if and how they’re going to combat inflation without sending the economy into recession. It’s going to be quite the balancing act as the Federal Reserve now has approximately 8 trillion dollars (yes, $8 trillion) of fixed income instruments - such as long dated treasuries and mortgage-backed securities - on its balance sheet. How anyone believed $8 trillion added to the economy wouldn’t cause inflation, I’m not sure. But hey, what’s a few trillion among friends.

The truth is our economy has been in experimental mode ever since we entered Quantitative Easing (QE) and this amount represents uncharted territory for our country and the world.

Quantitative Easing involves the Fed “printing money” and then using it to make bond purchases on the open market. It has essentially taken 8 trillion dollars of supply from the bond market and into their coffers. This reduces the amount of supply available for other investors to purchase, thereby driving up prices. And since there is a direct correlation between bond prices and interest rates (when bond prices rise, interest rates fall), this, in turn, lowers interest rates to help stimulate the economy.

The Fed Funds Rate - the rate the Fed charges banks to borrow overnight - only directly effects very short-term rates. Prior to 2009, the Fed Funds Rate was the only tool they really had. But since these rates have been at or near zero for most of the last 12 years, when the pandemic hit, it left the Fed with fewer options and the fallback was QE.

Until recently, much of the discussion has been around when the Fed would begin to “taper” its purchases. It now appears that will begin early next year. But tapering only means the Fed is only purchase less. It will likely take some time for the purchases to end and eventually, the Fed will likely begin to allow these securities to “roll off” their balance sheet as they mature.

I’m convinced, 50 years from now, economics textbooks will contain quite a bit of commentary on QE and by then, we should know how this grand experiment ended. As of now it appears the inflation part may have gotten away from the Mr. Powell.

The opinions expressed in this material are for general information only and are not intended to provide specific advice or recommendations for any individual. All investing involves risk including loss of principal. Securities offered through LPL Financial, Member FINRA/SIPC. Investment advice offered through Crossover Point Advisors, an SEC Registered Investment Advisor and separate entity from LPL Financial.